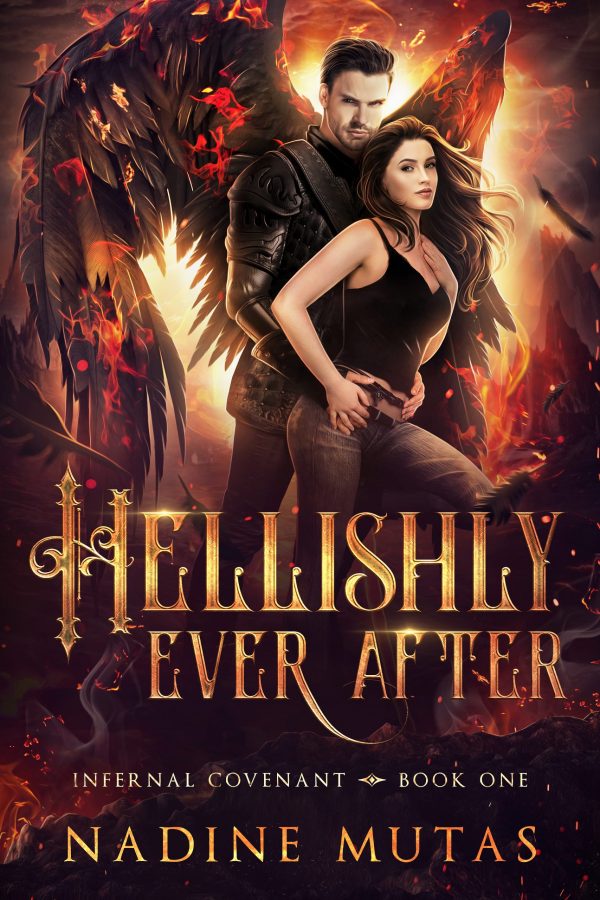 Ever held a seance and accidentally trapped a demon into marriage? No takers? Just me? Crap.

Marriage is my idea of hell, at least until the day an unfairly hot demon shows up in my apartment and drags me to actual Hell—as his wife.

I’d honestly rather have a root canal without sedation than marry anyone, least of all a surly—even if damnably attractive—demon. But I’m bound to the contract stupid Teenage Me made with Azazel when I accidentally summoned and trapped him into marriage, to be consummated if I were still single at twenty-five.

I’d forgotten all about it.

And now he’s here to claim me.

Neither of us is thrilled about this marriage-of-inconvenience, but what I hate even more than the idea of being married…is being ignored. So when Azazel intends to park me out of sight and mind at the other end of his estate in Hell, I make it my newly eternal life’s mission to be as much of a real inconvenience to him as possible.

It’s all fun and games, until I find a soul that shouldn’t be in Hell, stumble smack-dab into the middle of a demon family feud…and the banter between me and Azazel turns so hot it might consume me.

Hellishly Ever After is the first installment in a new paranormal romance series by award-winning author Nadine Mutas. If you love laugh-out-loud funny enemies-to-lovers stories with enough heat to burn up the pages, you don’t want to miss this book!

Curious about my new release, but you haven’t re

Y’all, I’m so floored at the love Tallak and H

And how do I celebrate the release of my new book?

To Tempt a Witch to Sin, book 5 in my Love and Ma

🔥 ONLY ONE MORE DAY 🔥 Are y’all ready for